Story by Mike Horton:
Photos by: Mike Horton, Kristin Solis, and the surf sequence  was taken by Nyoss

I have been fortunate to spend a lot of time in Bali over the past several years and I’m so stoked to be transitioning into living here full-time again. I love the lifestyle, the culture, the people, the food, and of course, the waves.The small island of Bali has become a mecca for surfers over the past several decades. During the Dry Season (May-September), offshore winds greet large swells marching unimpeded from the southern Indian Ocean. The focal point: the Bukit Peninsula. The Bukit is Bali’s southernmost region and home to several world-class surf breaks. If you can avoid traffic on your motorbike, you can leave from the bustling Kuta area and check Balangan, Dreamland, Bingin, Impossibles, Padang Padang, and Uluwatu in less than an hour.
Balangan is the Bukit’s northernmost break and was once earmarked for major development that included the destruction of its reef to build a marina. Fortunately, it’s been left alone and remains a laid-back, quiet spot relative to the more popular spots like Uluwatu. The beach is still lined with quaint warungs (food stalls and accommodation) where friendly locals welcome guests. You can watch the waves out front or enjoy beautiful sunsets while eating mie goreng (fried noodles) and sipping Bintangs.
The waves at Balangan are often considered average compared to those of their southern neighbors. Most days, this left hand reef break is just a crowded, sectiony close-out with multiple takeoff spots that provide fun, intermediate-level waves. When a solid southwest swell coincides with a full moon or new moon low tide, Balangan  transforms into a serious big-wave spot (my friend Greg likes to call it ‘B-land’ on these days, comparing it to G-Land). Waves break off the headland and rifle down the reef for several hundred meters. Days like these make entering and exiting the water a nightmare as waves rush across exposed coral reef. Broken boards are common and even the most skilled of chargers can get seriously hurt here.
I’ll admit, I never thought much of Balangan and focused my surfing elsewhere but, I was proven wrong last month. A solid swell had been running for several days and I had managed to snap all but one of my boards in the span of a week. I was left with my 6’1” Alexander Pro Ho, not an ideal weapon for triple overhead plus waves. Nevertheless, some friends of mine were heading to Balangan and I decided to join them. It was pumping and I was able to scratch into a few fun ones. As you can see in shots 10 and 11, I nearly lost it on this wave as water drawing off the reef made my rail slide out! 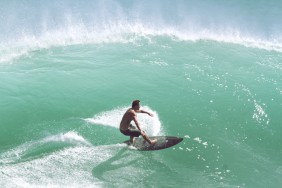 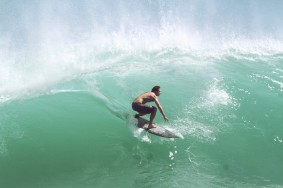 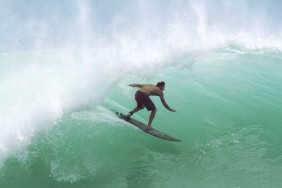 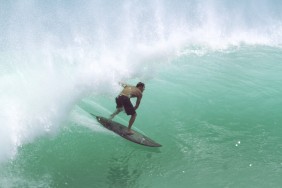 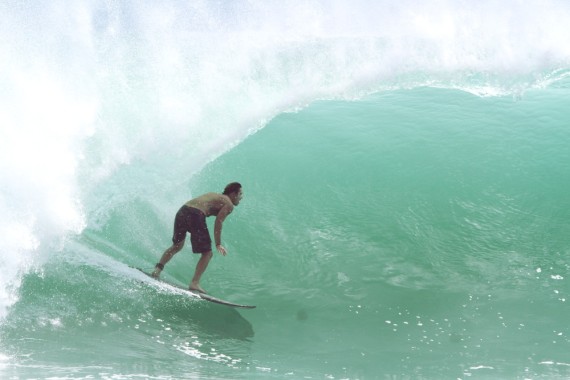 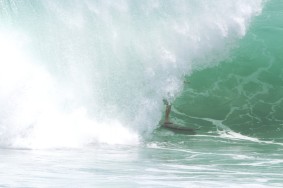 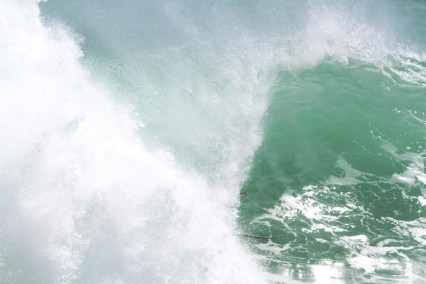 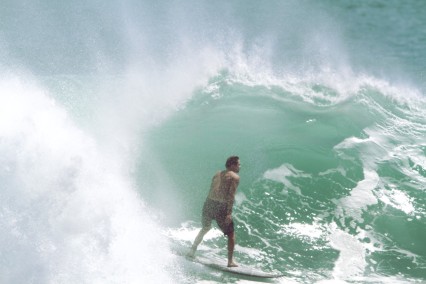 The old saying ‘don’t judge a book by its cover’ seems quite fitting here. Thanks for proving me wrong Balangan!