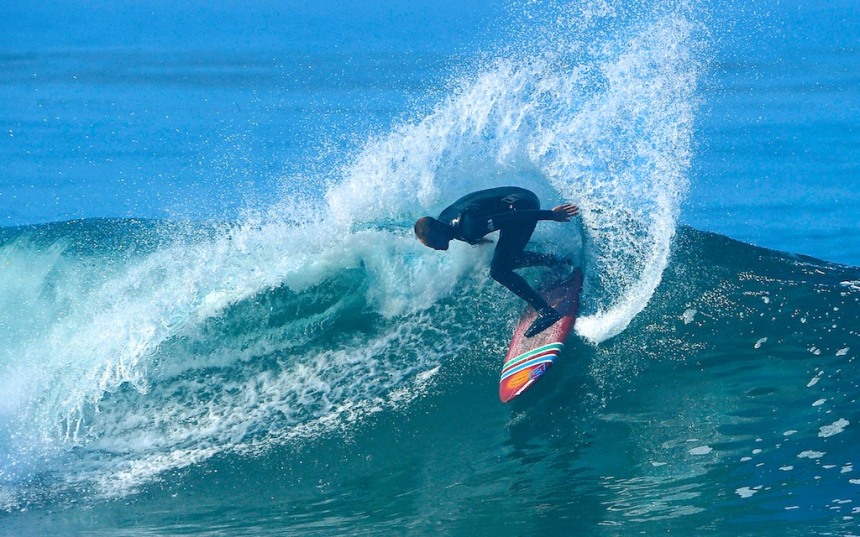 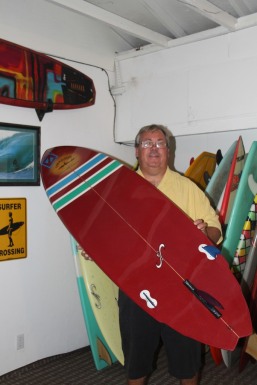 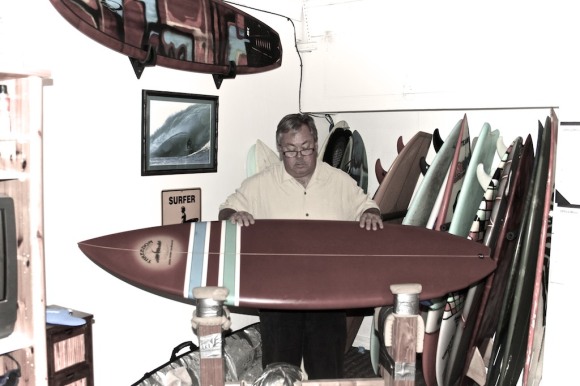 Throw me back momma! But with a modern 2k12 twist!

The Threedom by John Perry exemplified extreme flow and fluidness in a three-finned board.  Dexterous in it’s ability to surf with 80’s soul, but at the same time allow modern performance. The Threedom was not shaped and just given to me, it was bestowed upon me.  Entering into this journey with John Perry was not just ordering a 5’11 two plus one fin set up from a dude with a planer, no, delving into the realms of JVP Surfboards was taking a step into surf culture, history, and the freedom of best days passed. 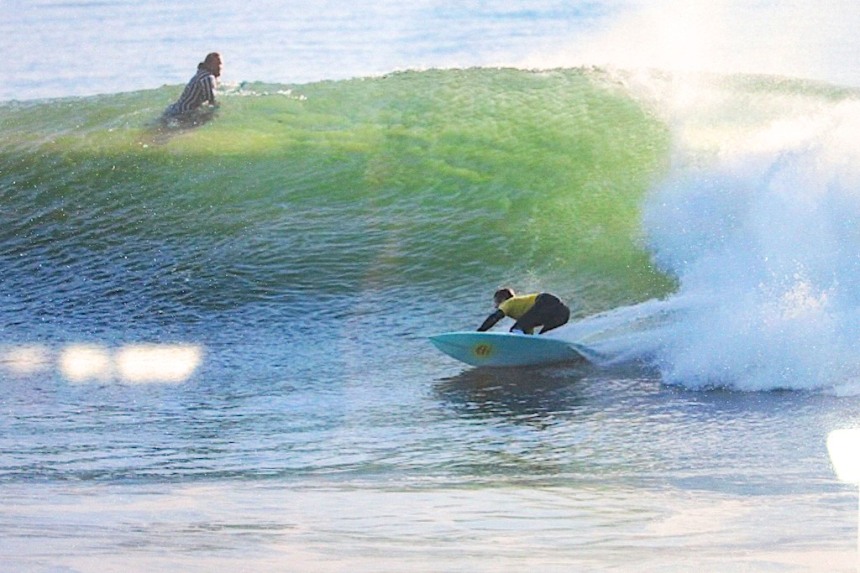 The conception of the ”Threedom” fin configuration came over us, myself and one of my best mates Dave Lambertson of Carpinteria, in a garage relaxing over a couple of games of billiards.  In 1980, we had a circus of board designs to choose from: single fins, twinnies and now the thruster.  That being said, the focus of our conversation slipped right into critiquing board design.  Ok, so the single fin is maxing out with no-noses, wide points behind center and wider tails.  The twin fin, for those that could ride them, were slashing and skating in and out of control, if you will, and then the resolve to those who couldn’t manage either was the thruster.

Dave, a sagy kind of thinker, proceeded to analyze the thruster. 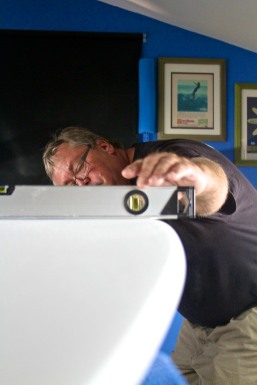 Apparently, he said he had had an earlier epiphany before he went to sleep one night about making the side fins smaller and the back fin taller to alleviate the tension on your back foot that never seems to allow you to stray too far from the tri-fin cluster.

We brought the first Threedom down to Mexico for a 10 foot hurricane swell.  I approached it with no expectations.  I told myself, “just go for it and see where it wants to take you.”  Well, it did the opposite!  I took it where I wanted to go, kind of like surfing where my eyes lead me.  Wow!  My feet weren’t always over the fins and I could trim forward like a single fin. Cutbacks were smooth and drifted controllably, pulling verticals without losing speed, and almost at will, due to the side fins that are placed higher up on the rail line and spread further apart from one another, there is low drag and lots of carried speed throughout the tail section.  Needless to say, that is where we both agreed to characteristically call it “Threedom” (freedom!).

Obviously our take on this was not to replace a particular design, but to expand our horizons.  Some 30 years later, I still prefer riding the “Threedom” fin configuration which now is typically called a 2 + 1 set up. 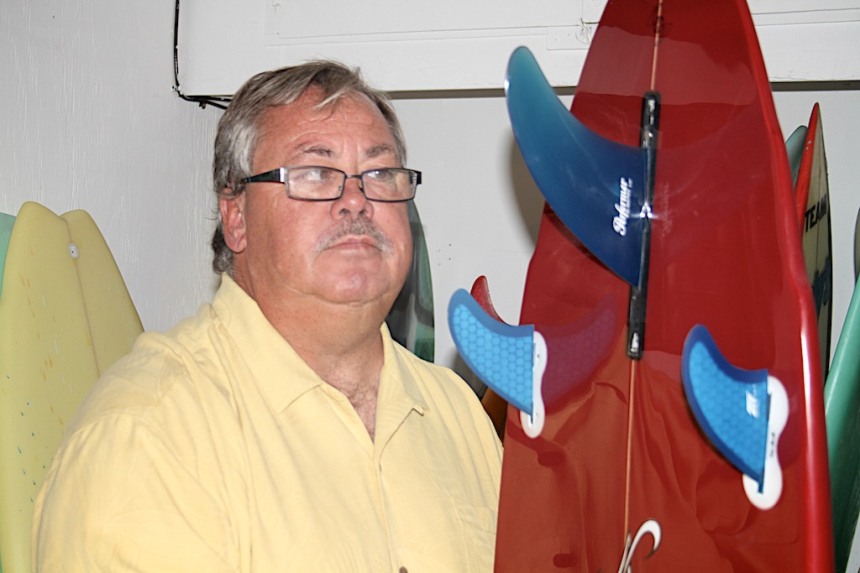 Notice the bigger single fin, and the smaller side fins, moved up further than normal.

The Threedom, to me, represents a freedom of mind and stylish speed flow.  The board wasn’t a thruster in most senses of the word, even though it had three fins.  It was excitingly different.

It was a board that got into waves easily, and set it’s trim in the high line early.  This helped smooth out the ride, and set me on a path to early decision-making when looking down the line.  Now, following this deduction, and delving into the feel of the ride, the earlier one can make decisions on a wave, the less he/she needs to man-handle the board into position for changing directions.  Consequently, the result of riding the Threedom was gliding speed and smooth carving lines from top to bottom, and back around again. The board is fast, yet the lines it takes are more classical to real flowing 80’s surfing.  Remember, the guys through the 80’s ripped, but with less herky Jerky movements than an average surfer on the modern shortboard. 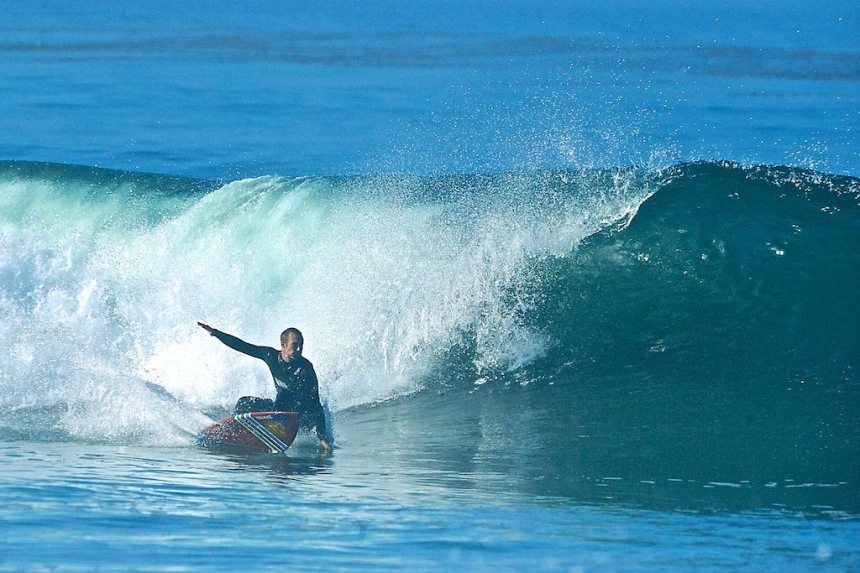 By far the most fun I had on the board was through big, mach speed bottom turns from way behind the curl.  When I set this baby on rail and engaged the center middle fin, the amount of stick, hold, and then boomeranging release from a low crouched position added so much pure flowing speed that that alone, just the bottom turn, had me hooting stoke waves of excitement in my mind.

Yet don’t be fooled, this board isn’t stuck in the 80‘s.  Perry has carved modern curves into the design, which is what allowed the board to release high off the curl for fins free turns! 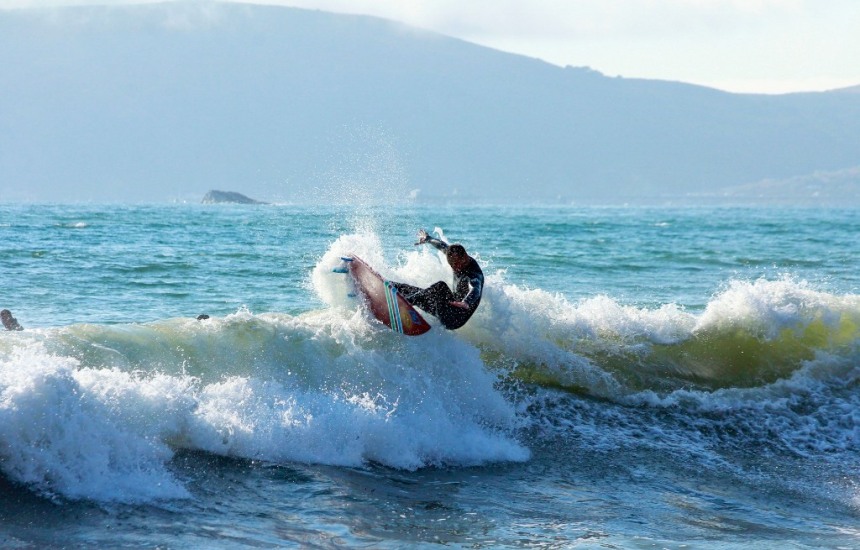 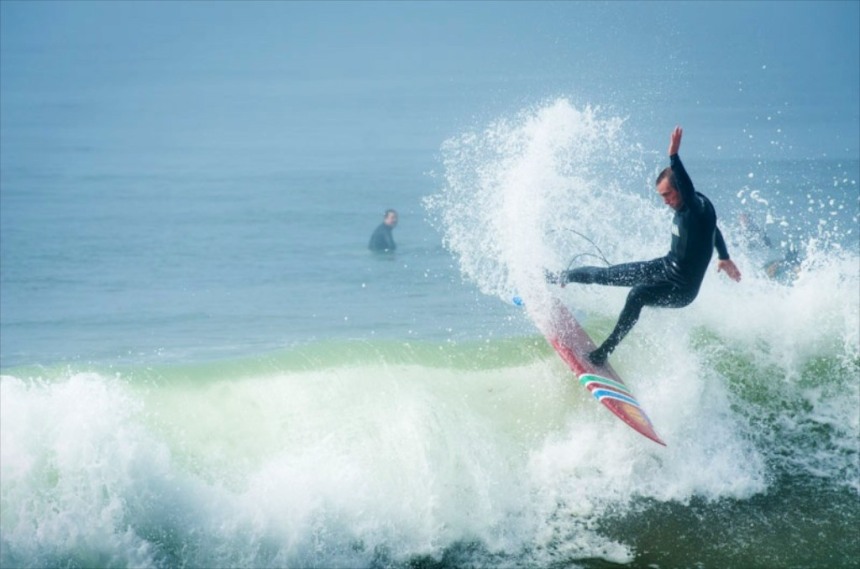 More or less, if you’re a surfer who wants to add soul and flow to your style, and ride a board that will do a little more of the work for you so you can focus on surfing fast beautiful lines instead of trying to pump your thruster up and down the line, then you are going to fall in love with your Threedom as much as I have.  To see way more photos of the Threedom in action: go to JVPSurfboards.com or Surfwanderer.com.

How to Order:  Call John for custom orders.  Custom order depending on the wave size and type you will be surfing.

This Board is Perfect For:  Surfers who love shortboards, but who are sick of trying too hard on a modern shortboard and wish they were surfing faster with less herky jerky movements. 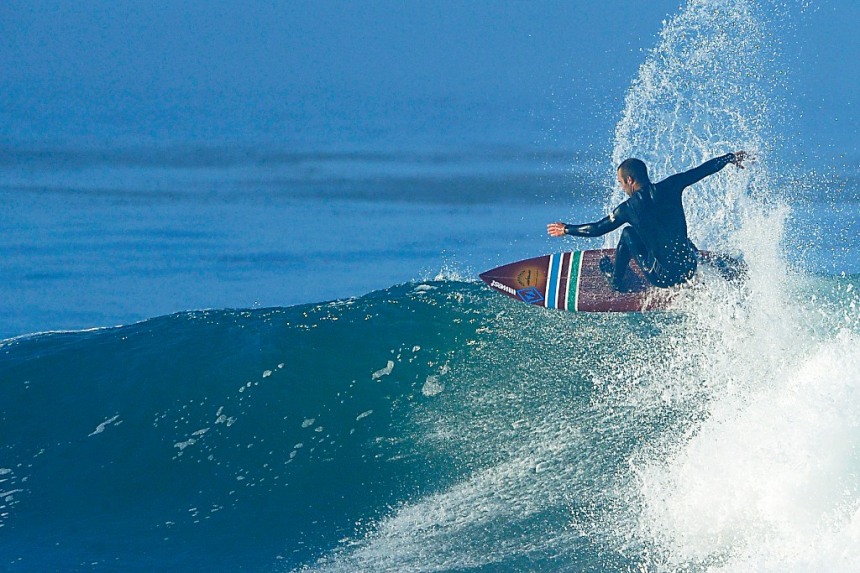 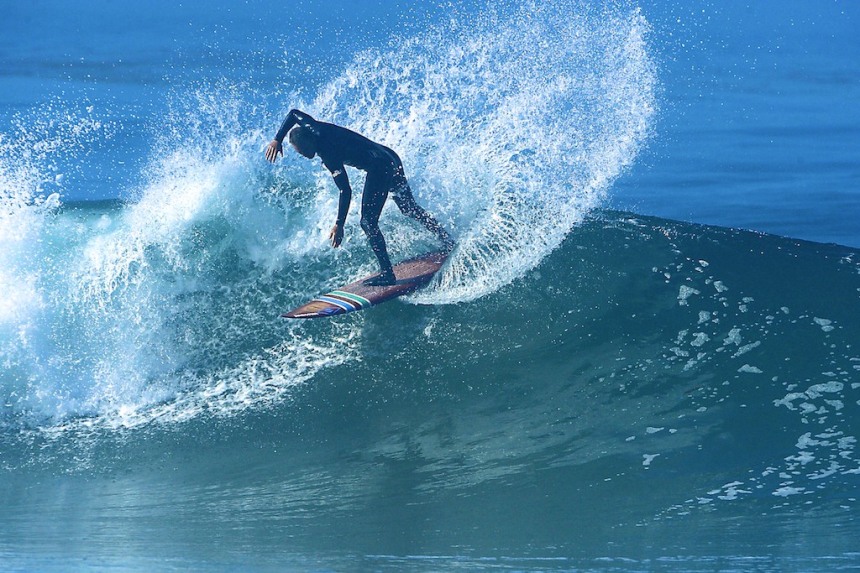 One Response to “Surfboard Design: The Threedom”